Edwin and James Pike of the 1st Hampshire Regiment 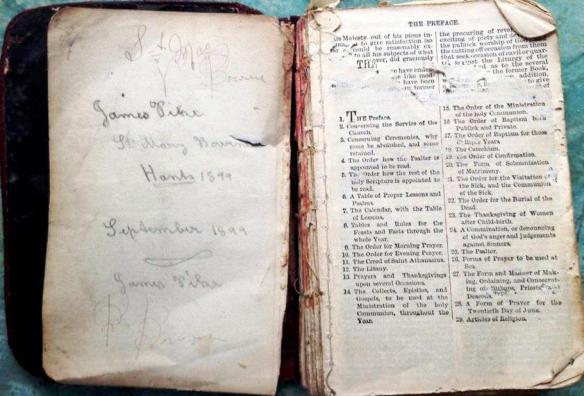 It was a rather sad household that sat down to tea that evening in Lower Rank. Ann Gibbons Pike had just seen her two middle sons off to war – again. Edwin and James were reservists thanks to their previous service, so of course they were the first to be called up as soon as this new war in Europe had started. They had both gone in Eli Goodyear’s cart to Andover station with the others, on their way to the depot in Winchester and then to the front. Edward had been in the 1st Battalion for ten years now, and James had joined him, having been in the 2nd Battalion and the Bedfordshires. What a handsome couple of lads they were, weren’t they, even allowing for a mother’s prejudice?

She had given each boy a prayer book with some comforting hymns at the end of the book when they had signed up. It was a comfort to her at least to think this might be of help to them in all the dangers and troubles that they would see. Oh, drat! She had promised herself she would not cry.

Ann presumed that her eldest two children, now in London, would be exempt. Sydney was a signalman on the railway, and the Government could hardly send all of them off to war or they would have all the trains in England running into each other. And Mabel’s husband was already forty-six years old  – Ann had always tried to steer her away from ‘the older man’, but her daughter’s foibles had now turned into a blessing.

Twenty years ago, she and Albert had lived under one roof with their five children and now only she and young Herbert remained. How did the saying go? ‘My son is my son till he finds him a wife, but my daughter is my daughter for the rest of her life.’ Well, it hadn’t worked out like that exactly – she hardly ever saw Mabel, and had only seen her little grand-daughter Edith once, soon after she was born, when Mabel and Alfred came down by train to see her (and Mabel’s friends).

But Herbert had not yet found himself a wife, and might never do so. So they would just have to keep each other company in the days and nights to follow.

A NOTE ON SOURCES:

1. The photograph of James Pike’s bible is shared with the History Group by his family who now live in the house in the Egbury Road that he did. 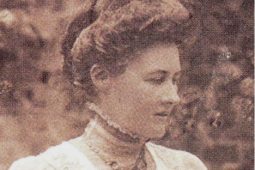 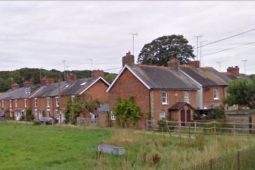 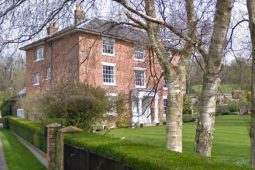